Selecting a proper resin 3D printer can be a difficult task. There are so many resin printer types on the market, and they all promise different features. So how do you know which one is right for you? This guide you ways on selecting the best resin 3D printer.

1. Print volume is large enough to fulfill your print needs 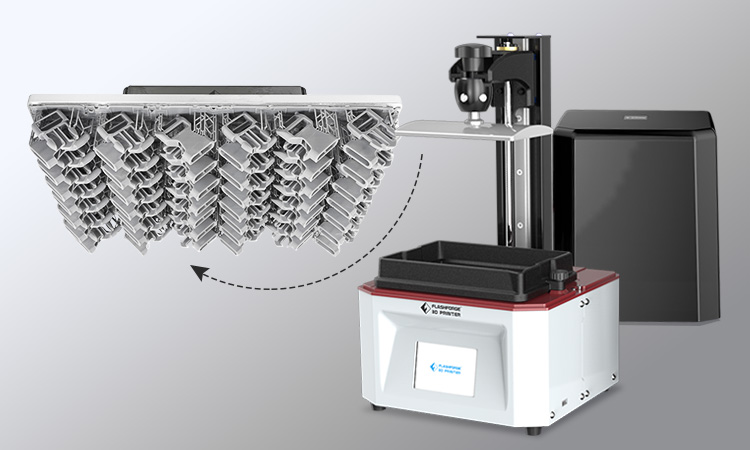 If comparing the pixel as a dot, the pixel size is just the the dot size and the print resolution is just the number of dots on the LCD screen. Under the same light source intensity, the more dot numbers there are and the smaller the dot size it is, the more precise the print result will be. In other words, best resin 3D printer is the one with higher print resolution and smaller pixel size. Users are suggested to clearly check these two parameter on the product introduction part of the page.

Flashforge Foto 6.0 is a best resin printer using a 6-inch 2K LCD screen, already reaching 0.05mm resolution in X-Y plane and 0.05mm layer height in Z direction. Note that even such resin 3D printers with relatively low-resolution as Foto 6.0 are capable of producing extremely fine details that are not easy to achieve on FDM printers. If getting advanced in much higher resolution, like Foto 8.9 of the 4K LCD screen and the Foto 9.25 of the 6K LCD screen, users can reach further finer details and surface texture, while users have to undertake more budget.

Now the question is choosing DLP or LCD? While DLP resin printer prints faster than LCD, the cost and price of DLP ones are much higher than LCD 3D resin printers. If you have sufficient budget, the best resin 3D printer for you is DLP type. It’s true that DLP resin 3D printer is of high configuration in all aspects of printing performance. It’s reasonable to believe that the most expensive one is the best one!

In light curing resin 3D printing, the platform is lowered down into the tank bottom, and the light source is illuminated at the liquid resin on the vat bottom. The newly cured resin gets solidified and goes through the complex peeling process, after which it continues to cure the next new layer. The best cheap resin 3D printer of LCD is manufactured with quick peeling mechanism, so as to get advanced in the printing speed.

5. Matched with a free slicer and well-configured parameter settings

Slicing is the first indispensable step in 3D printing, and a good slicing software can make preprocessing quick and easy. Most 3D printer producers offer a free slicer that users can freely download and use it. Reputed 3D printer manufactures will self-develop such a free slicer and have the parameter well set in the slicer. Users just need to set the machine type and resin kind, other settings would come on synchronously! Being able to realize those can be said as the best 3D printers.

We all know that the resin 3D printed sample needs cleaning and post-processing. The post-cured sample would have higher strength and less deformation. Therefore, the best resin 3D printer 2022 is the one not only with printer unit, but also with a comprehensive post-process tools, including a cleaning machine, a curing box, cleaning solvent, cleaning gloves, etc, which help effectively improve print efficiency and reduce labor costs.

Write at the end

When it comes to resin 3D printers, there are a lot of factors to consider when trying to decide which is the best resin printer for your needs. We’ve looked at six different factors that can make one printer better than another – print volume, print precison, print speed, free slicer with well-set slicing parameters, compatibility with resins, and coming together with post-processing tools. Keep these in mind when you’re shopping your next 3D printer and you’ll be sure to find the perfect machine for your needs!

What is the best 3D printer resin?

How to find the best beginner 3D printer?

Previous article: 3 Popular Things Made by Glow in the Dark Filament