More often than not, that you cannot comprehend an article is because you don’t understand the meaning of terms appeared in the article. So is to the 3D printing articles. People who’ve got interest in 3D printing definitely need such a helpful explanation on commonly used 3D printing terms!

3D printers can be categorized into different types according to their printing principles. The following terms explain the most common 3D printer machine types.

The term FDM (Fused Deposition Modeling) usually serves as an equivalent to FFF (Fused Filament Fabrication). FDM / FFF 3D printer refers to the printer that melts a solid plastic filament to liquid status and then extrudes the liquid from the printer’s nozzle layer by layer to finally fabricate your wanted object. 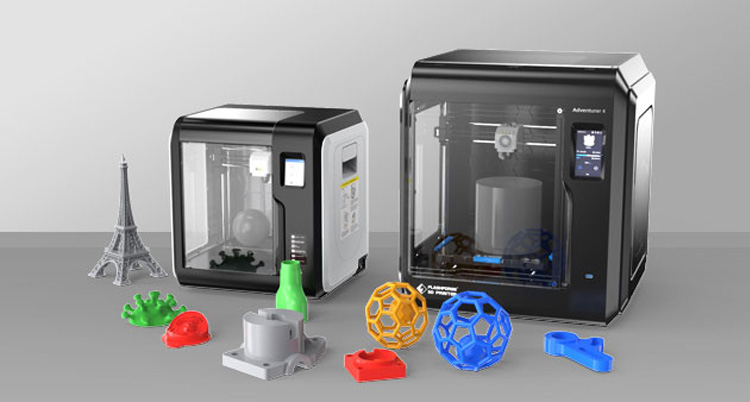 LCD (Liquid Crystal Display) 3D printer makes use of LED bulbs as a light source and an LCD screen to control the lighting pattern. In LCD 3D printing your wanted object is also formed layer by layer. Until now all Flashforge resin 3D printer, except Flashforge Hunter, are of LCD 3D printing principle. LCD 3D printer takes resin, a photosensitive liquid, as its consumable and the object is printed with its upside down. 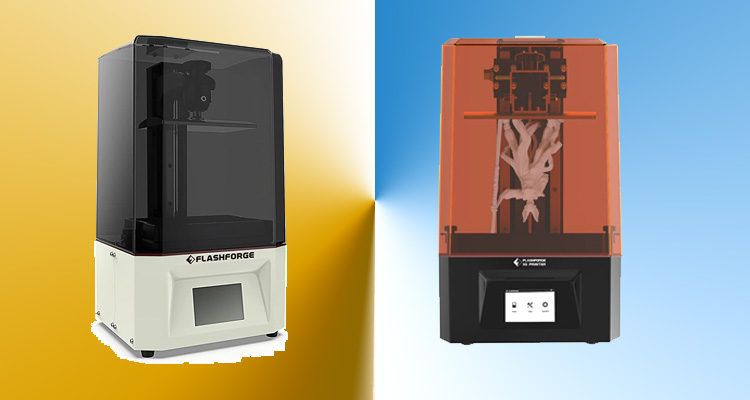 Those 3D printing words helps entry-level users the most.

Extruder is the main part of Extruding assembly of a FFF/FDM 3D printer. You know that FDM/FFF 3D printer consumes FFF filaments and turns it to liquid status. The extruder is the part melting and squeezing the filament. The liquid filament flows out from the extruder's nozzle. Also, some people call the nozzle as hotend. If the nozzle’s diameter is normally set 0.4mm, 0.6mm, or 0.8mm. Low quality filament or a sudden change of filament types easily lead to nozzle block. 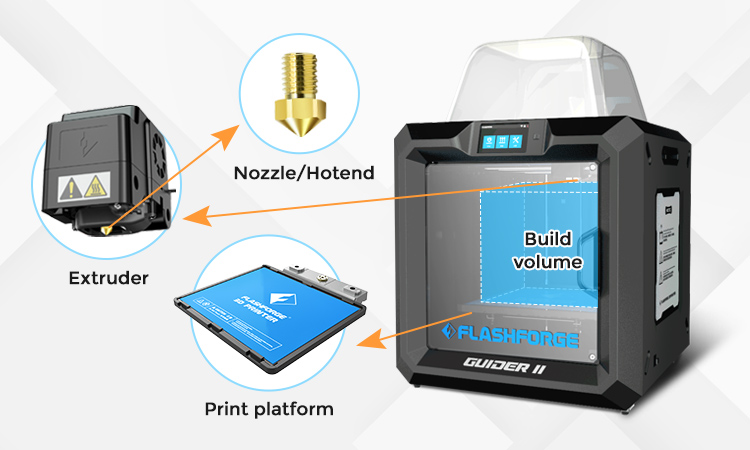 Notice that build volume is not the machine size. A 3D printer’s build volume is the area where the printer nozzle could reach and build your wanted object on the base build platform.

Some people call the print platform as print bed, on which you starts building wanted objects. Some normal FDM 3D printers on the market are with a normal platform, while most Flashforge FDM 3D printers are deployed with heatable print platforms. The bed temperature is adjustable, and most can reach up to 120℃. A heatable print bed is quite vital to reduce printing problems like corner warping, print breaking, or even print failure.

For LCD printers, the print platform is set upside down. The first model layer is cured and sticking onto the platform under the liquid resin. As the printing goes layer by layer, the printout gradually emerges from the resin liquid, and you see a resin model that is printed with its upside down. 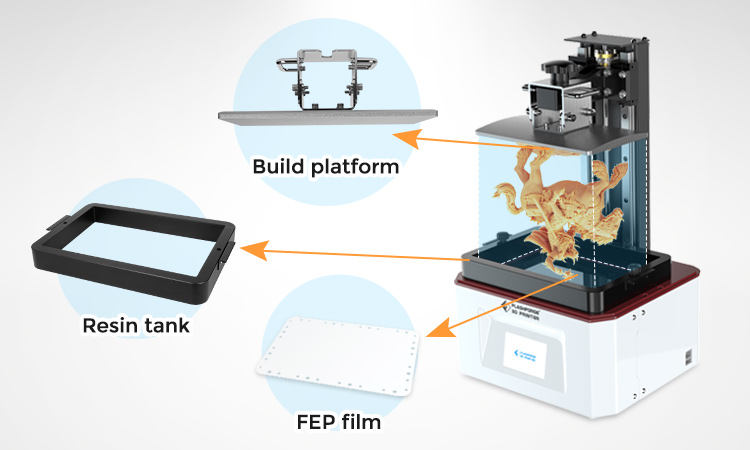 FEP film is a plastic film working as the bottom of the resin tank. It’s a vulnerable part. The longer you use the resin 3D printer, the more breaking it makes on the FEP film. So you’ll often see resin 3D printer users purchase a set of FEP films for preparation of the latter 3D printing work. The price of a single FEP film ranges generally from $5 to $10.

3D printing leveling means people need to calibrate the distances between the build platform and the nozzle and as well need to ensure the platform is horizontal. A tilted print bed badly reduces the success rate of 3D printing. Good leveling status is the premise of all 3D printing work.

Auto-leveling is in contrast with manual leveling. Auto-leveling means a 3D printer can start leveling calibration itself as you touch the UI screen and follow the prompts appearing on the screen, while manual leveling requires people to manually adjust the build bed by screwing/unscrewing the backlash nuts under the bed. Newly released Flashforge 3D printers are equipped with such function.

Speaking of 3D model, it can be referred as to either a digital model saved on your computer or an entity model printed out by your 3D printer. People call the physically printed object as model because this printed object is used for model verification. This object, as the primary model of the finally achieved products, may need much post-processing steps before the final application in real world.

Each 3D printer has its own matched slicer. How to download and make use of the slicer is often shown clearly on the user manual of a 3D printer product. Of course, the official websites of those 3D printer brands also release slicer info. The officially matched slicer for Flashforge 3D printer is FlashPrint (for FDM 3D printers) and FlashDLPrint (for LCD/DLP 3D priners). Other slicers, such as Cura, Slic3r, or Simply3D, need parameter adjustment before using.

The article below offers more details. Guess you may be interested in reading it:

Where to get 3D models downloaded and which 3D printer slicer to use for model slicing?

How is the 3D model file processed in the slicer App? Simply speaking, the model is sliced to many thin layers so that the printing work is done layer by layer. You output a new model file from the slicer that is needed by a 3D printer. STL is the file format generally accepted by all 3D printers. Most slicers output the STL file by default.

For the sake of good printing results, you need to adjust model slicing parameters according to what print consumables and which 3D printer you are using. 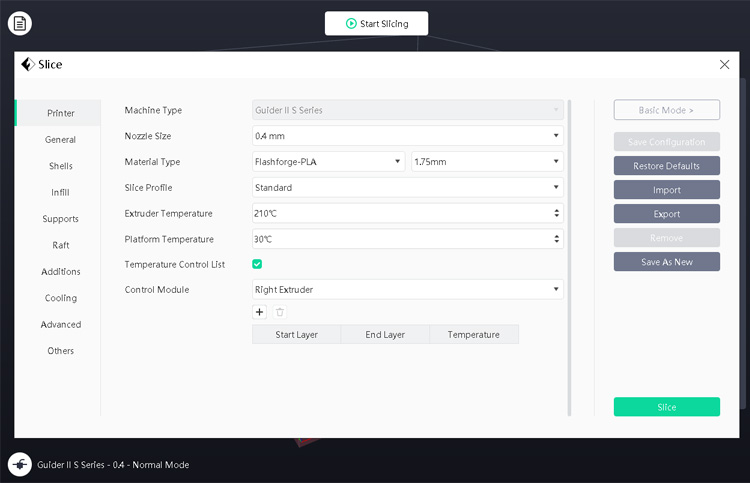 Next article: Choice phobia? A Brief about 3D Printers in Classroom