How many types of Flashforge 3D printers are there?

For the time being, some jewelry factories in southern China have adopted Flashforge WaxJet 3D printers into production line. It’s worth mentioning that until now only two companies in the world - Flashforge and 3D Systems - has the wax 3D printing technology and made it into real application. An obvious advantage of Flashforge over the other is that Flashforge WaxJet has equipped with 3 printheads and the printouts are tripled! Customers who have any interests in Flashforge WaxJet best 3D printer series are warmly welcome to contact us for more details.

As for LCD resin 3D printers, Flashforge have both Foto series and Proxima series. The key part on the LCD printer is the monochrome screen, a special material screen that has a much longer lifespan and more stable performance during long term printing than other screens. The monochrome screen which the Flashforge LCD 3D printer use is as good as that used by other famous Brands of LCD 3D printers, yet with cheaper price than other Brands. 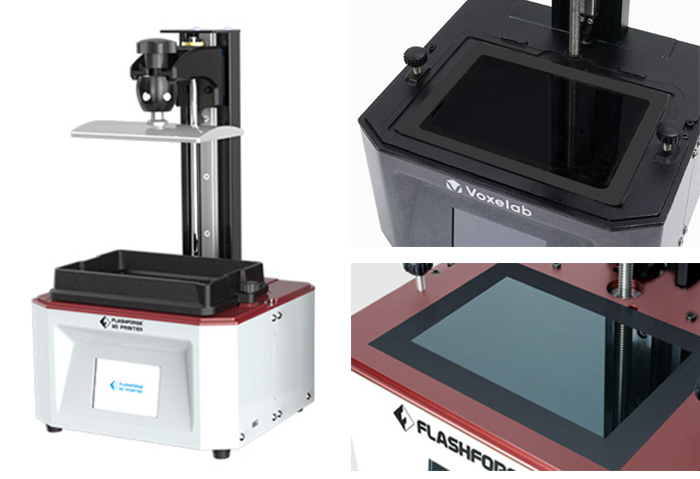 Besides the machines, Flashforge also has different types of resin matching them and other LCD 3D printers in the market. High quality resin and cost-effective ensured!

This is the type of 3D printers using fused deposition modeling (FDM) technology. The consumables of FDM 3D printers are called filaments, usually made up of thermoplastics. A roll of filament means a long thin thread winding around a reel. The thin thread is heated and melted, and then extruded out through the nozzle of the FDM 3D printers to build up the expected models. 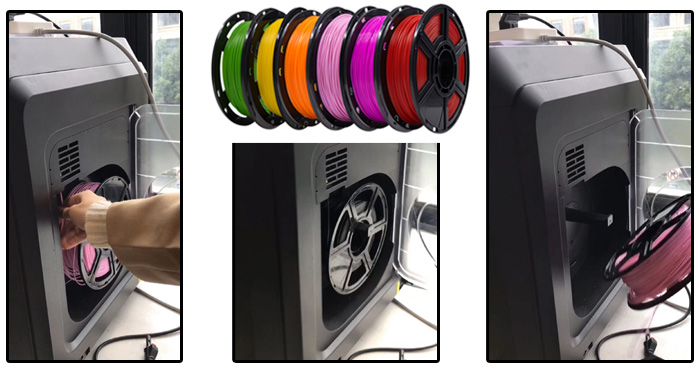 Flashforge FDM 3D printers are the most common ones used by normal consumers and school education. They enjoy features of non-toxic consumables, family affordable, available to use in the room/office environment, Low maintenance cost, safe system operation, etc. Individual consumers could purchase a Flashforge desktop FDM 3Dprinter to print toys like Bin Dwen Dwen, garage kits, or figurine ornaments. Small businesses could also use FDM 3D printers for commercial batch production. Read this if you need help in deciding which Flashforge FDM 3D printer is right for you. You can buy s a 3D printer as one of your electronics, or as a high-end gift for others!

On Flashforgeshop there are various high quality filaments, such as PLA, ABS, and PETG, which best match Flashforge 3D printers as well as match other FDM 3D printers in the market.

Previous article: Nergigante from Monster Hunter: World. We did it!

Next article: Valentine's Day is coming | Print & Celebrate Your LOVE